RSS
← Resource Review: TableTop
Brews out of the Box 3: Bleeders →

Game Review: Betrayal at House on the Hill

You knew it was a bad idea. But no, you had to let your friends talk you into it. Let’s explore the old, abandoned house, they said. What’s the worst that could happen, they said. Why would you listen? And why would they bring along the creepy little girl, or the weird old scientist?

It was ok at first. A bit weird, a bit spooky. But nothing you couldn’t handle. Then things got really strange, and now the creepy girl is raising an army of zombies and trying to kill you all.

Maybe you need new friends. Or maybe you’re playing Betrayal at House on the Hill. 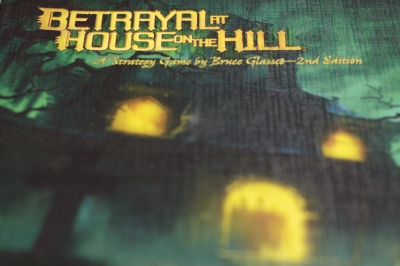 Betrayal at House on the Hill is a heavily thematic horror game, published by Wizards of the Coast and created by Rob Daviau. The game, designed for 3-6 players, is divided into two parts: for the first half of the game, it plays as a team-based exploration game; but then, following the pivotal twist that is the Haunt, it turns into something else. And I say “something else” because, with 50 different Haunt, the second half of the game can play as anything from a team-based, survival horror game, to a duke it out free for all, to a one-vs-many murderous rampage.

The sheer number of Haunts, each with unique victory goals, makes the game massively replayable. The tile-based board mechanic helps with this as well; as the house is explored, randomized tiles are turned over to reveal rooms, which means the house layout is never the same (and in many games you won’t see every possible room). And with 12 different characters to play, each with a unique array of statistics, your own tactics can change from game to game. 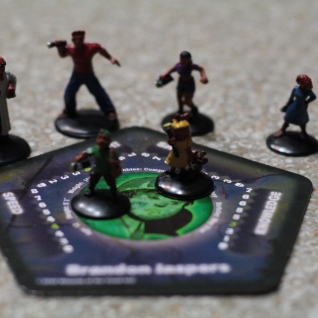 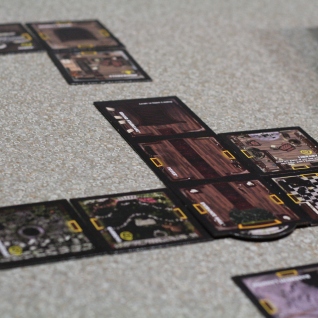 This game is a lot of fun. It has the flavour of a pen-and-paper RPG, without the work that needs to be put in to make characters or write a session. The various story element (Event Cards that describe specific things happening to you, the Omen Cards that you collect throughout the house, and so forth) and really well written and can get spooky. Combined with the high stakes of the Haunt (most of the victory conditions involve character having to kill or be killed) can make a game downright scary.

There are, however, some notable downsides to Betrayal. Knowing that, at any moment, someone in your group might turn Traitor (fairly common in the Haunts) can make it hard to play the first half of the game as co-cooperatively as I feel it’s meant to be. Because the bad guys” (Traitors and/or monsters) are often outnumbered by the “good guys,” they tend to be a lot more powerful to try to maintain balance; sometimes this works and sometimes it skews the whole thing towards the Traitor. While the variety of Haunts makes the game wonderfully replayable, the fact that every Haunt has it’s own set of special rules (in addition to the already lengthy list of rules of basic play), it can be fairly complex to learn. And, of course, there is a heavy element of player elimination through the “kill the other guys” aim of most the Haunts. 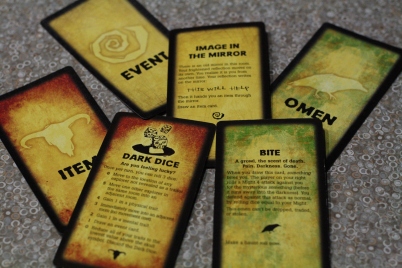 I don’t mean this to dissuade anyone from playing Betrayal. I really love the game. But it tends towards the lengthier end of it’s 30 minutes – 2 hours suggested play time, and probably works best if at least one player is familiar with the rules when you first play.

Betrayal at the House on the Hill would make an excellent addition to or main focus of any gaming session; you could even play it several times in a row and have a different game each time. But much like exploring a real abandoned, probably haunted, definitely dangerous building, you’d be better off knowing what you’re getting into before you begin.

Tags: Betrayal at House on the Hill, Board Games, Reviews

← Resource Review: TableTop
Brews out of the Box 3: Bleeders →